Can you remember your first time camping? I can- we had two big, fluffy visitors.

As I sat in the passenger seat of my friend’s car, we drove up an old gravel road on the edge of Virginia. With my eyes glued to the window, I could see tents already pitched, fires rolling and people together- and people alone. Still, it was a community of people. Some found their home closer to the road, while others buried themselves deep into the woods.

Even though no one can see you, it’s still a community of like-minded people. It’s filled with those who desire adventure. Those who push to see and do more. Those with nothing but a nature affair on their mind.

Those whom I ache to become.

I wish to be that girl who craves the outdoors instead of fancying my soft bed and air-condition a little too much. But with camping, it’s all about letting that person go and getting out of that comfort zone.

But then, as I watched the forest pass by the window, it looked as if almost all the campsites had been taken. I panicked. I wasn’t as adventurous as I thought. We were three hours away from home. My phone had no service. Where would we sleep?

Regardless of what I felt, my friend continued to drive the car on the gravel road. It seemed like miles, but it had only been about one or two.

After what seemed like years, we finally landed at a clear, open spot behind some trees. Once off the road, the trees opened up as to welcome anyone who walked in. Their branches draped over and caressed a creek. The creek was loud. It was small, but it sounded mighty.

But there was no time to look around for long. We were starting to lose daylight. We needed to put our tent up.

After my friend gave me the directions on how to help him, the tent was up. I tossed in some extra blankets for padding, and a few prayers that nothing vicious would find us sleeping.

I walked back to the creek, this time with my hammock. My friend was out getting sticks for the fire, so I decided to relax. It’s a hard life when you seem to worry for a living.

But these weren’t the trees I was used to. Normally when I pop open my hammock, it’s easy to hang. This time, the only trees I could use were branching over the water and the hammock was hanging low. I didn’t know what else to do, so I sat it in anyway. I was swaying over the rocks and water. It was relaxing until I tried to get out. I had to sit there and wait until my friend came back with the firewood to help me escape.

After I was out and the fire was going, we sat down on a log and nibbled on a chicken salad sandwich. I had only taken a bite or two before a van pulled close to our site.

“There are two bears over there!” they shouted.

We looked over and saw the two huge, oddly cuddly looking black bears. The bears looked over, as well. We locked eyes. It seemed like an hour, but was only a few minutes.

Right then, I thought that was going to be the end of my story. The one where I tried to be adventurous, but it failed.

But, it didn't. I finished my sandwich, crawled into the tent and actually woke up the next morning. I was sore, but we didn’t have any scary visitors. And I woke up. I think that’s the reason so many people camp. Sometimes, it makes some feel uneasy or get sweaty hands. Sometimes the beauty is unexplainable. But every time, it’s a surprising adventure.

On your next adventure, dare to see something you’ve never done or seen before. 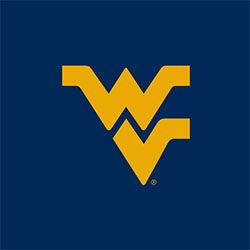